Emergency calls trigger the dispatch of the air ambulances called Doctor-Heli in Japan. Along with other helicopter and jet operations, it is one of the services offered by Shizuoka Air Commuter Corp. The firm kindly invited us to observe a rare assembly of Doctor-Heli.

The firm recently built a helicopter hanger at the Mt. Fuji Shizuoka Airport. In this stylish and modern environment, bright with natural light from the roof.

The assembly starts at 8am. A crate containing a helicopter in parts arrives from Italy by air. On opening the crate, the front part of the helicopter comes out. It is carefully lifted by a Kito crane.

When the wheels come out, the helicopter can stand on the floor. Internal inspections begin.
The tail comes out and slowly moves into position.

The two halves are docked. Weights are used to keep them horizontal. After three hours of careful but efficient work, the helicopter is assembled.

Here comes the helicopter cabin.
As soon as the main rotor is installed and the fine-tuning done, it’s ready for test flight.
The Doctor-Heli in the picture is the first assembled in this hanger. 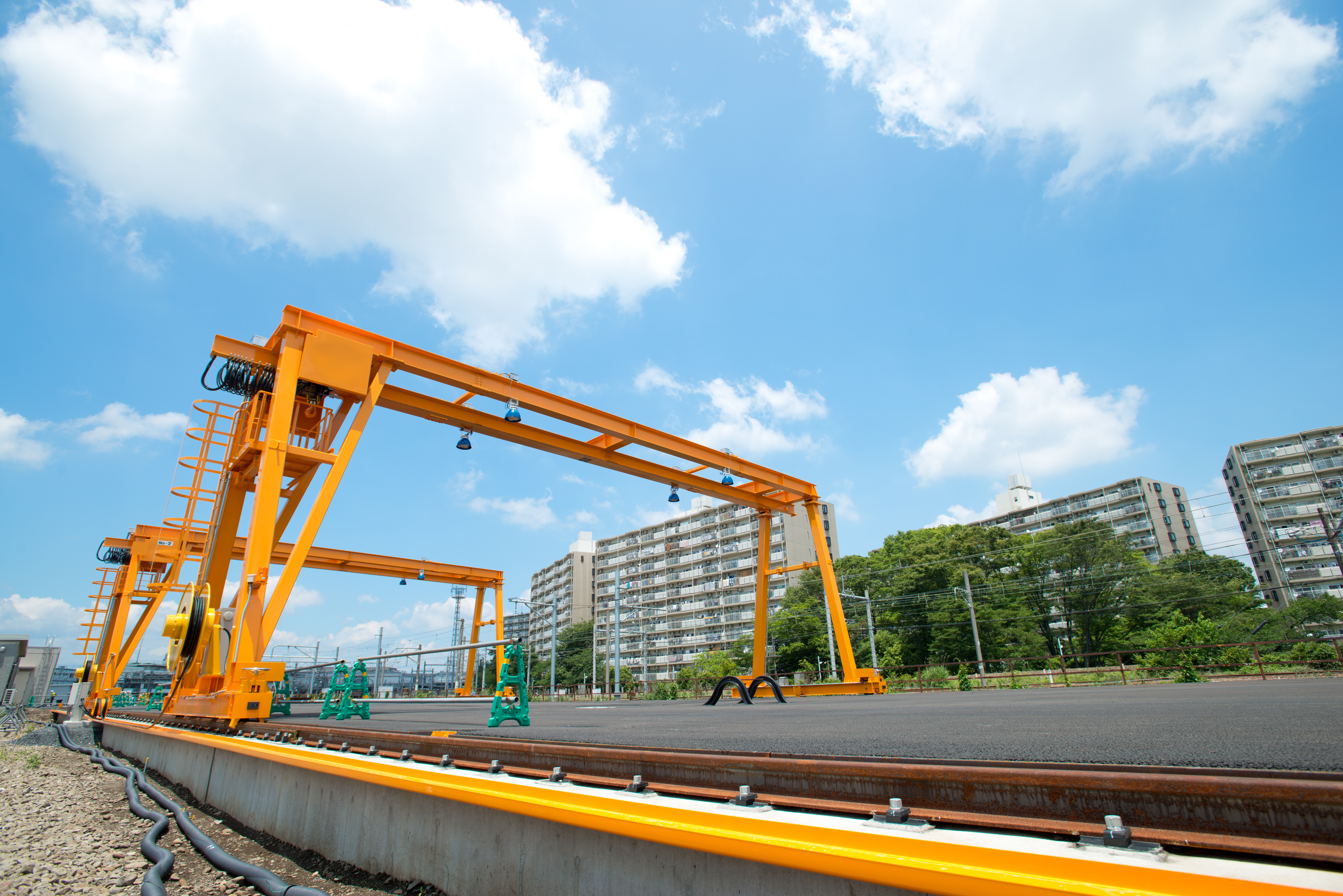 Cranes come in different shapes and structures for different purposes. For this issue we asked Kyohei Yoneyama of the System Designing Group to tell us about the gantry crane.