The EH Assembly Team assembles Kito electric hoists,which are used in a broad range of industries around the world.Because each country and region requires its own specifications, such as voltage,and each industry needs specific functions, the team pays close attention to varying specs.Producing different models in small lots, the Yamanashi Plant uses the cell-production system,in which each worker is responsible for assembling a single product from start to finish.

Among the many busy workers on the assembly flooryou’ll find Rai Takenouchi, who has been with Kito for 11 years.

“In my landmark 10th year I was promoted to group leader.That made me feel the importance of the team’s workand my responsibilities more than ever,leading to a strong sense of job satisfaction for me.” 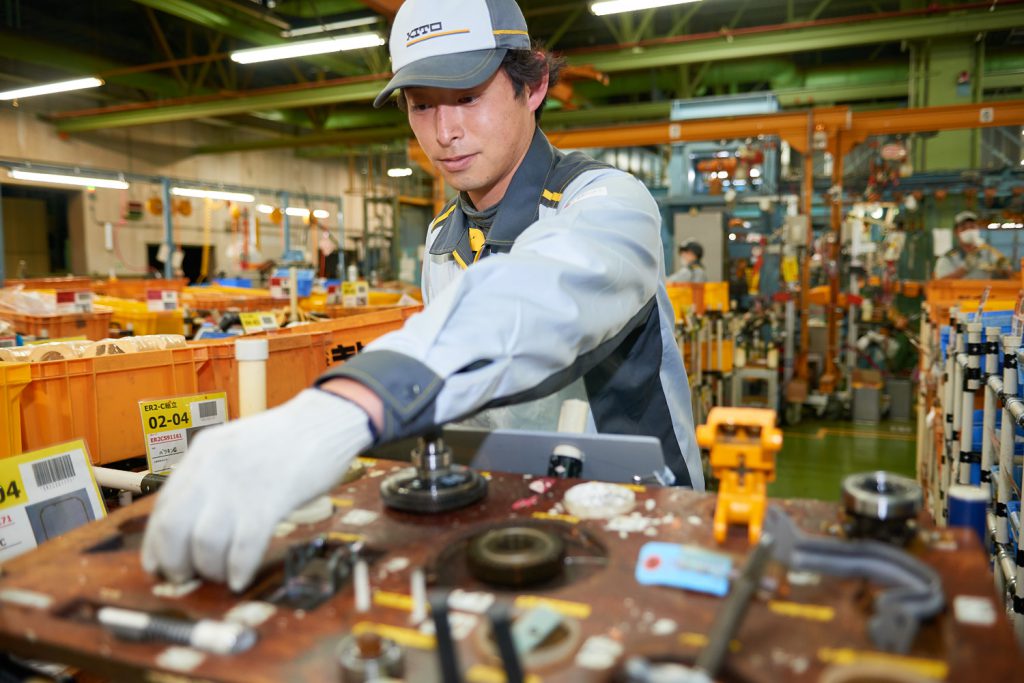 As a student Takenouchi wanted to work in Yamanashi Prefecture, home of the Kito main plant,and with encouragement from a teacher he decided to apply to Kito.

“I’ve been playing baseball since high school. Hearing that Kito has an active baseball team,I became interested in the firm, hoping I might continue playing as I work.”His position on the diamond is catcher,and he is a coordinator for the baseball team as well as the workplace. 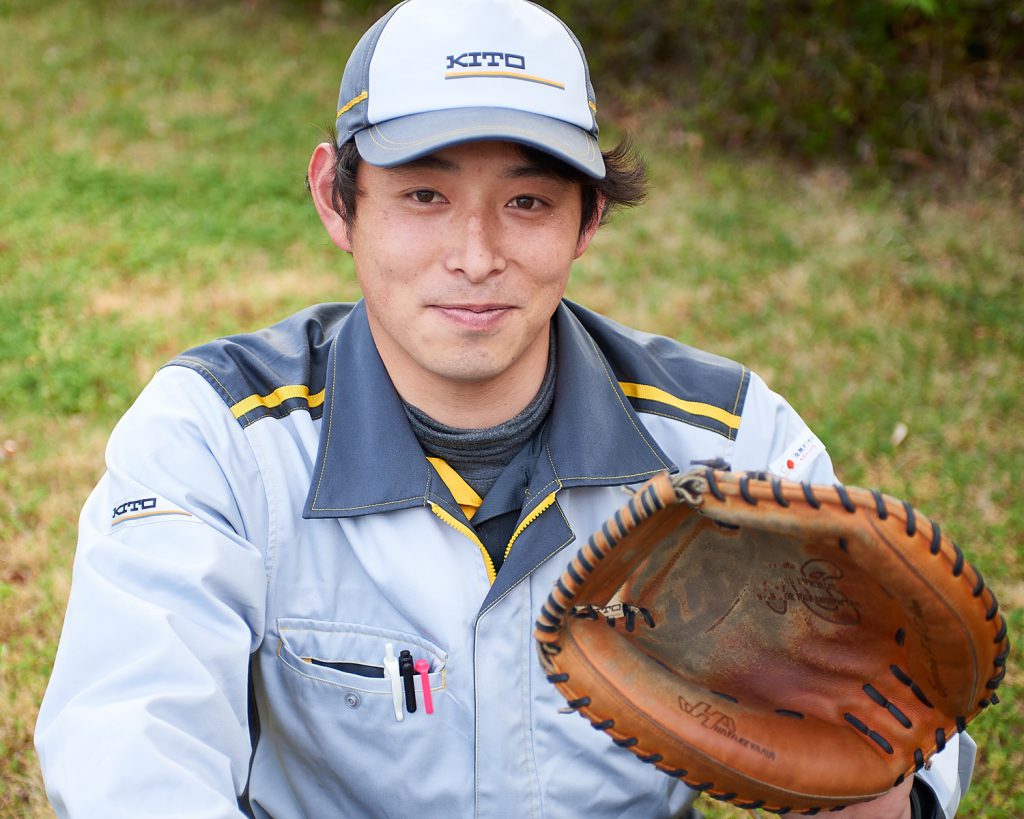 “Team play is fundamental to baseball and manufacturing.As the nine players on the baseball team work to win a game,my EH Assembly Team works as one, from initial assembly process to shipment.In either case, the team gets results because each member plays his or her assigned role.In that sense, everyone is a hero or heroine.” 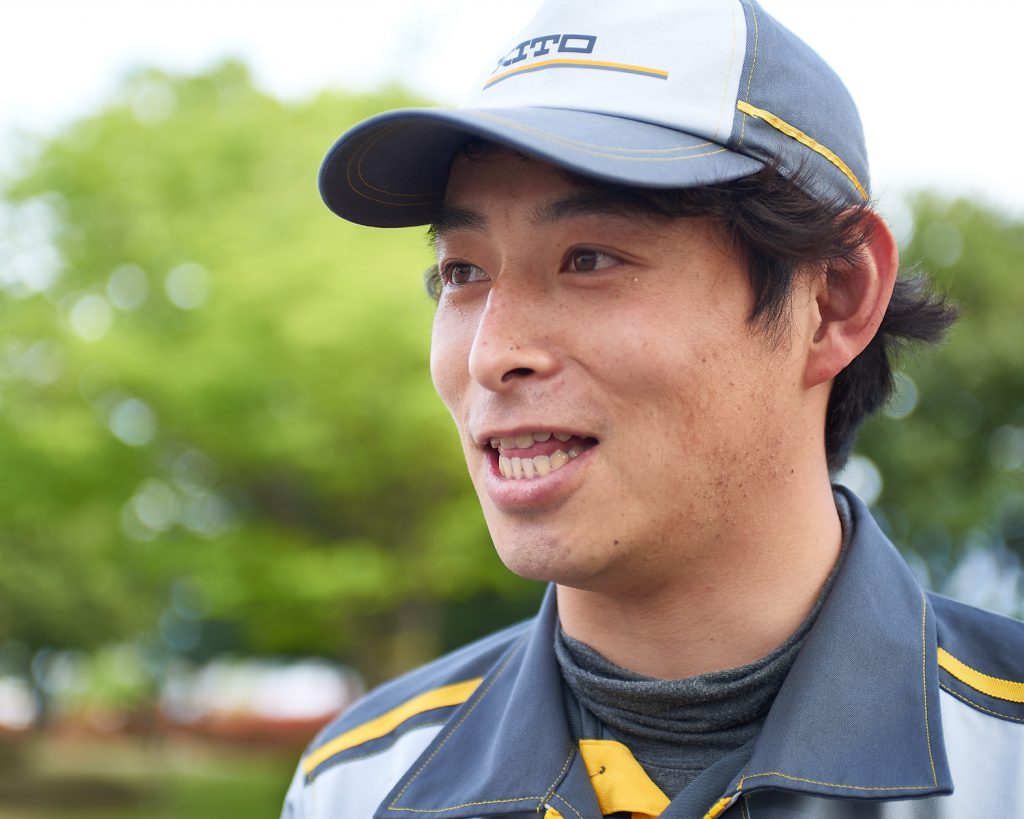 To sum up, Takenouchi tells us what he cares about most at work.

“I never forget to greet my coworkers and make a habit of being first to speak,as I think workplace communications are very important.Fortunately the EH team is a group of people who communicate easily with one another.We casually talk about the little things that happen on a given day, for instance.Open, frank talk about anything makes our teamwork strong.”